Why Episode VII will be good 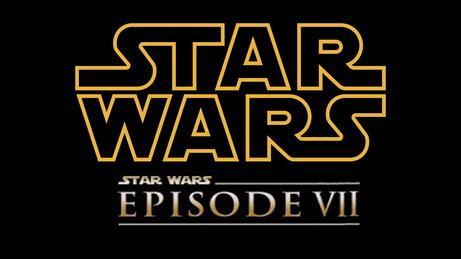 It was last year when I found myself squealing like a schoolgirl because someone told me that Disney had bought out Lucasfilm, and they were preparing to make an Episode VII. Being the Star Wars expert that I am, people immediately asked me “Do you think it will be good?”, “Aren’t you worried that Disney will screw it up?” My answer to the first is a resounding yes, and my answer to the latter is a resounding no. Let me explain:

Disney is not a stupid company, they revel in making money. They have figured out that putting out a superior product ends up bringing them more money. Take a look at their acquisition of Pixar, look at their latest release, Frozen. The better the film, the more money it will draw in and the more they can make off of merchandising. Secondly, to those people who say that Disney will screw it up because it is an action film, not some “feel-good, family friendly movie”. Let’s take a look at some of the Marvel movies that Disney has put out; I’m pretty sure that they hit it out of the park with The Avengers. Furthermore, Disney hired J.J. Abrams to direct. The same man who helped take a fledgling Star Trek series, and give it some credibility again. Yes, he may have overused the lens flare, but he has since apologized for that. The man has proven that he can give the audience a good show while at the same time make a good film.

When Episodes I, II, and III were being made, George Lucas had complete creative control. That was a terrible idea. Imagine yourself going through life without that little voice in your head to tell you no. That’s what happened with these three episodes. You had a kid in a green screen candy shop, and no parent to tell him no. So what did we get? We got movies that were so green screened that the humanity in the films was lost. Once again, we now have a director that can be held accountable, and one who will not rely simply on green screens to tell a story.

The final reason that this movie will be good comes from one simple fact: Harrison Ford agreed to do it. I can already hear some of the backlash from that statement. “But Harrison Ford agreed to do the fourth Indiana Jones movie”. Well, George Lucas screwed that up as well. Whose ideas do you think “Nuking the Fridge” and Aliens were? Years ago Harrison Ford stated that Han Solo was a character that he had no interest in playing again. It is my belief that much of that statement came from the fact that he did not like working under George Lucas, because George Lucas has long had a reputation of not understanding the acting process. The fact that Harrison Ford said yes to this film means that he saw or was told something that made him believe that Han Solo’s character was a viable one to return to.

The bottom line is this: there is new life that is being breathed into this franchise. There are good writers, good actors, and good people behind this film. I will admit, it will be a bit different- after all, this will be the first Star Wars film in 37 years that George Lucas is not the driving force behind. But this is a good thing, as change can often be. I will be one of the many waiting in long lines at midnight to once again return to a galaxy far, far away.

A lover movies, television ,video games and life.
View all posts by Q →
This entry was posted in Articles, Movies. Bookmark the permalink.

1 Response to Why Episode VII will be good