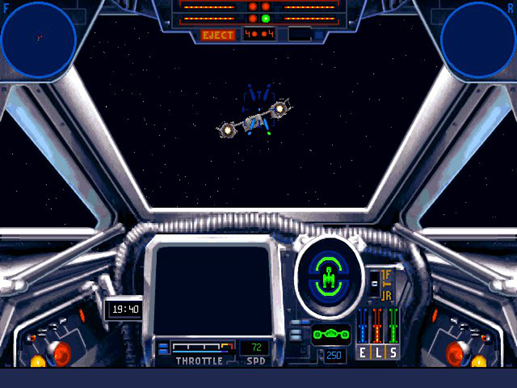 For those of you who are fans like me, you loved many of the Lucasfilm games of the 90’s. Games such as Rebel Assault, Rogue Squadron, Shadows of the Empire, and of course X-Wing and Tie Fighter took up great portions of my life during the decade. Now comes news that the latter two are going to be re-released back on to PC after years of fans demanding it. Both games are available as of today on Good old Games. These were two of the best flight simulators/Star Wars games ever released. Hopefully this new release gives a whole new generation an opportunity to enjoy them as well.

A lover movies, television ,video games and life.
View all posts by Q →
This entry was posted in News, Video Games and tagged X-wing. Bookmark the permalink.