The First look at Ash from the upcoming Evil Dead series 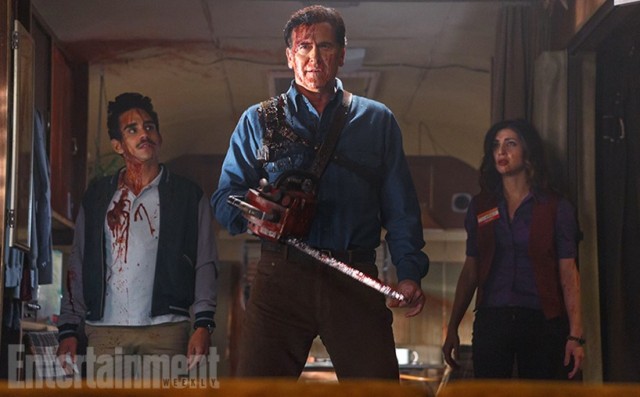 Starz has released the first picture of Bruce Campbell back in action as Ash Williams from the upcoming Ash vs the Evil Dead series. For those of you unfamiliar with Ash, the audience first meets the character in the original Evil Dead (which was quite a dark and disturbing film) in which he is the only survivor. He returned again in Evil Dead 2 (which had a fair amount of humor in it), but in dealing with spirits and demons, one possesses his right hand and he ends up chopping it off and replacing it with a chainsaw. In the third film Army of Darkness (which is incredibly funny) Ash finds himself transported to the past and fighting off an army of the undead. It has been 22 years since Army of Darkness came out and we are anxiously waiting to see what mess Ash will get into this time. We will find out this fall when Ash vs The Evil Dead premieres on Starz.

A lover movies, television ,video games and life.
View all posts by Q →
This entry was posted in Movies. Bookmark the permalink.