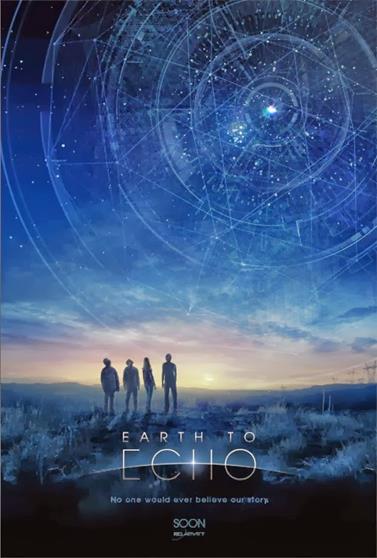 Recently, I had the opportunity to see the film Earth to Echo, a movie which judging by its trailers was supposed to be a kid-friendly film about some kids trying to save a cute and cuddly alien. Technically, that’s what the movie is about, but it is about much more. First of all, this is the first “kid’s movie” that I have seen or heard of that is shot in the “found footage” style that has become increasingly popular in the last decade or so. The story is told through a series of Youtube posts and camera footage; in other words, be prepared for some shaky cam action. Secondly, the story deals with some real life situations (i.e. friends separating, abandonment issues, and of course young love). Yes, the alien plays a role in this film, but he’s not what the film is really about. It’s really about four friends having one last adventure together before moving away from each other.

Something that occurred to me while watching this film is that they do not make films like this anymore. This movie seems as if it was directly inspired by the kid-friendly films of the 80’s: Goonies, E.T. or The Explorers (See #4). These were films which showed children disobeying their parents, sneaking off to find their own adventures, and finding their own place in the world. I did not realize how much I miss that type of story. And it’s one of the reasons that Earth to Echo resonated so strongly with me. It showed tweens as self-reliant entities who can fend for themselves, while at the same time solving a mystery and attempting to save someone in trouble.

The problem is that young kids will not understand this movie, I would suggest that kids nine and up be taken to this film in order to avoid constant questions during the film. All in all this film was far better than I thought it was going to be, and I suggest that many of you with kids nine and up check it out. Yes, there are some adult situations, but all of them are approached from a child’s point of view.

1 Response to Earth to Echo