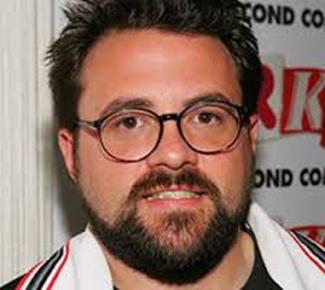 Apparently Kevin Smith (one of my favorite directors and a huge Star Wars fan) was personally invited by JJ Abrams to visit the set of Star Wars. Obviously, he had to sign a non-disclosure contract, so he could not reveal much but he did have this to say about what he saw:

“[Abrams] had sent me an email out of the blue while they were shooting in Abu Dhabi last month,” Smith said, explaining the Star Wars invite.

“So we go to the set and they’re actually shooting, and they’re shooting — and this is what I can’t tell you what they were shooting — But what I saw I absolutely loved,” he said. “It was tactile, it wasn’t a series of f—ing green and blue screens in which later on digital characters would be added. It was there it was happening.”

“I saw uniforms, I saw artillery that I haven’t seen since I was a kid. I saw them shooting an actual sequence in a set that is real — I walked across the set, there were explosions — and it looked like a shot right out of an f–ing Star Wars movie,” he said. Smith also got a tour of “Stage M,” where he saw the full scale Millennium Falcon and stepped inside to walk around.  Abrams is “building a tactile world, a world you can touch. And he’s replicating it with all the love of somebody that has the world’s greatest collection of Star Wars figures,”

Smith is addressing the problem that many fans (and many of the actors in the film) had with Episodes I,II, & III. The movies simply relied too much on technology, and did not pay enough attention to its story. The actors were simply acting against a screen most of the time instead of interacting with actual people and things, and that is why you had very flat performances from the likes of Natalie Portman and Ewen Macgregor, two actors who are incredible. It seems that now the Star Wars franchise is in good hands.

A lover movies, television ,video games and life.
View all posts by Q →
This entry was posted in Movies, News and tagged Episode VII, Star Wars. Bookmark the permalink.