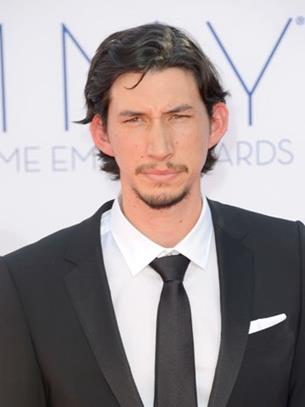 Although he cannot reveal his role in Star Wars: Episode VII (even though several sources have indicated that he will be playing a villain), Adam Driver talked with Entertainment Weekly about what the experience as a whole has been so far. Here are some of his thoughts concerning the film:

“Oh yeah. The thing about Star Wars that’s so good—sure there’s this huge [canvas]. It’s space, it’s a long time ago in a galaxy far away. That’s set up immediately. But in the midst of all those things, what has made those movies last so long is that they’re all grounded, which is something that is not so far off from every movie with huge universal themes of siblings and parents and betrayal and trust. That’s so generic and obvious, but it’s hard to balance those things.

When you break all of those things down, really it’s just because someone wasn’t loved enough or felt betrayed. That’s what makes those movies so universal. I think they can get in your mind in big and sweeping ways.

I always think back to the original movies and to those quieter moments where Luke is out in A New Hope, and there are the two suns setting, and it’s just such a quiet moment. It is the equivalent, basically, of a farm boy dying to get out of his small town and do something bigger. It’s those kinds of universal themes that ground this whole thing in space.

How great is that to get to work on something that has so much humanity in the midst of it? I feel like that’s everyone’s goal, to balance those two. Again, surreal seems to be the word of this interview. It’s exciting to get that to be part of your life. Now you have to contribute something to it—and that’s not something you, personally, or anyone on set takes lightly. I feel like everybody wants to make it good.

Friendship, I feel, is something that maybe isn’t investigated as much—or maybe I’m not watching those movies. It was such a huge part of the original three. ‘I’m going to go save my friend.’ Everyone was going to go bail their friends out. ‘I can’t do this because my friends, everything is at stake because of my friends. I gotta go back. … Yoda, I gotta leave, whatever… I gotta leave.’ [Laughs]”

It seems to me that the focus of this trilogy will return to focusing on characters, and not just special effects. You can read the entire interview here.

A lover movies, television ,video games and life.
View all posts by Q →
This entry was posted in Movies, News and tagged Episode VII, Star Wars. Bookmark the permalink.