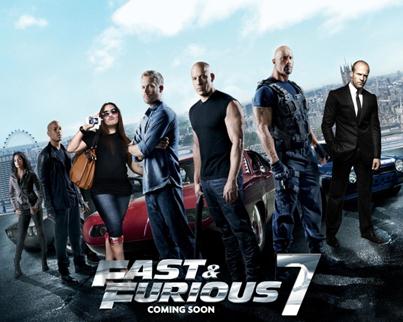 After weeks of teasing, the trailer for Furious 7 has finally been released. It once again boasts physics-defying, crazy action that seeks to entertain rather than provoke thought. Something of note though; the shot at the end of the trailer in which Vin Diesel refers to his friends being family immediately cuts to Paul Walker, a fitting tribute to his late friend. Enjoy!

A lover movies, television ,video games and life.
View all posts by Q →
This entry was posted in Movies, Trailers and tagged Fast and Furious. Bookmark the permalink.

1 Response to The Furious 7 Trailer