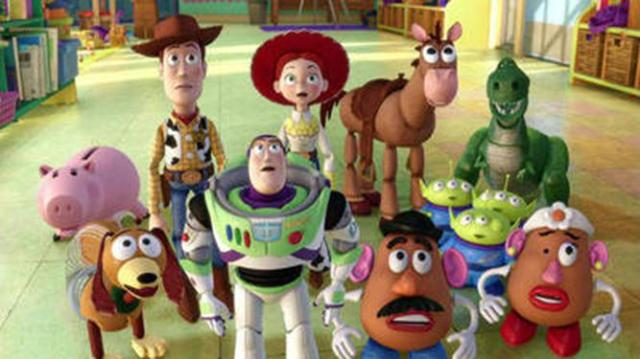 The executives at Pixar have announced that they are planning to revisit the world of Toy Story in 2017. It seems that John Lassiter will be returning to direct, and writers Rashida Jones (so beautiful and talented) and Will McCormick will be working on the script. Disney had this announcement concerning the film.

“Toy Story 4″ will open a new chapter in the lives of Woody, Buzz Lightyear and the “Toy Story” gang, Disney said, with Lasseter having come up with the idea for the fourth installment with Andrew Stanton, Pete Docter and Lee Unkrich, behind all three “Toy Story” films.

“We love these characters so much; they are like family to us,” Lasseter said in a statement. “We don’t want to do anything with them unless it lives up to or surpasses what’s gone before. ‘Toy Story 3’ ended Woody and Buzz’s story with Andy so perfectly that for a long time, we never even talked about doing another ‘Toy Story’ movie. But when Andrew, Pete, Lee and I came up with this new idea, I just could not stop thinking about it. It was so exciting to me, I knew we had to make this movie—and I wanted to direct it myself.”Lasseter, who serves as chief creative officer at Pixar, Walt Disney Animation Studios, and DisneyToon Studios, previously directed “Toy Story,” “Cars” and “Cars 2.” A third “Cars” is also planned with Lasseter attached.

The question remains: Since Toy Story 3 had such a perfect ending, does Disney risk ruining the franchise if Toy Story 4 is not as strong of a film. So far, each Toy Story film has been better than the previous; if this trend continues, then we should be in for a treat. If the trend does not continue, then Disney is going to take a lot of flak for this decision.

A lover movies, television ,video games and life.
View all posts by Q →
This entry was posted in Movies, News and tagged Toy Story. Bookmark the permalink.