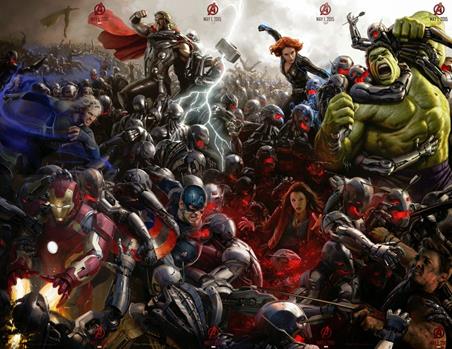 Marvel has released an extended cut of their amazing Avengers 2 trailer. This one shows a bit more of Ultron’s entrance to the Avengers tower, complete with the launching of what looks like several Iron Man armors. The trailer also showcases a couple more scenes of Iron Man in action, all the while keeping the whole Pinocchio motif going throughout the trailer. The use of the haunting version of the Pinocchio song “I Got No Strings” adds to the development of Ultron’s character as a puppet released from his bondage. Based off of the trailer, this could be one of the great Superhero films of all time. Enjoy!

A lover movies, television ,video games and life.
View all posts by Q →
This entry was posted in Movies, Trailers and tagged Avengers 2. Bookmark the permalink.