The Suicide Squad is Announced 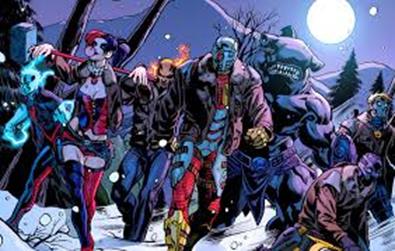 A lot of talk has gone on over the last couple of weeks about the casting of DC’s upcoming suicide squad film. Weeks ago the casting of Harley Quinn was announced and today the rest of the cast was announced as well, and let me tell you, they will pack a heavy punch.  Will Smith will be playing the assassin Deadshot. Australian actor Jai Courtney (think John McClaine’s son is the most recent Die Hard film) will be playing Boomerang. Furthermore, Tom Hardy (Bane himself) will be playing team leader Rick Flagg. Most importantly though, in my opinion, Margot Robbie will star as Joker’s sidekick Harley Quinn, and Jared Leto will appear as The Joker himself. This should be interesting considering that we have not seen the iconic Joker onscreen since Heath Ledger’s amazing performance in The Dark Knight. This has definitely jumped up on my list of must see films.

A lover movies, television ,video games and life.
View all posts by Q →
This entry was posted in Comics, Movies, News and tagged Suicide Squad. Bookmark the permalink.

2 Responses to The Suicide Squad is Announced