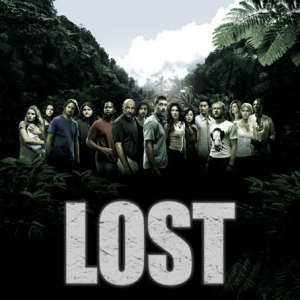 May 24, 2010.  Today, which at first glance seems like any other, but it is different; it is the first day in a post-Lost world. I have been asked by many people why Lost is such a big deal, and I will tell you what I always tell them, you really have to see it from the first episode to understand.  Luckily for those of you who do not have this luxury, I will try to explain why it is so important to television and even life, without giving away any of its vital secrets.

So many shows dumb themselves down to reach a broader audience.  Lost did the opposite, they asked their viewers to learn information so that they could better understand the show.  We were asked to understand string theory, philosophy and different religious theories.  We were driven to research the names of each of the characters, so that we could have that much more insight into the deeper philosophy of the show.  In essence by watching the show, we learned.

While we learned so much, we also got to know the characters.  Never have I seen a show that so explored the background of each character so deeply that it felt as if we almost knew them; Lost spent the better part of two seasons just introducing us to all aspects of these characters.  We came to love Hurley’s “dude”, Sawyer’s nicknames, Jack’s out of breath talking, Sun and Jin’s complicated relationship, and even came to love a character that by all means should have been unlovable.  It was these characters who kept us coming back week after week, and when one or more of these characters might perish, we felt it.

Most importantly though, Lost was a show that made us talk.  We talked about philosophy, religion, love, hate, and most importantly, faith. We discussed what we thought things symbolized, what we thought was going to happen, all the while not realizing that we had opened up lines of communications with friends that had been down for awhile.  Through our discussions of what we thought the show was trying to say, we each learned a bit more about how we see the world.

Now, I know that many people will disagree with the way that the show ended because the writers didn’t answer everything, but we have to remember, that’s what made the Lost great in the first place.  The show let the viewer analyze what was happening, so each viewer received a different experience.  If the writers told us everything definitively, we would have lost our lunchtime, or nighttime discussions.   What made this show so great was the same thing that makes great literature timeless: it’s open to discussion.

A lover movies, television ,video games and life.
View all posts by Q →
This entry was posted in Reviews, Television. Bookmark the permalink.