Yesterday, Marvel tweeted about a major announcement that they would be making this morning on The View. Well, they have made their announcement, and it was quite different than most people were expecting. Instead of announcing news from their movie universe, they announced something about their comic books. That something turned out to be a new Thor. Except, this Thor will be female. Here is a quote from today’s announcement:

“The inscription on Thor’s hammer reads ‘Whosoever holds this hammer, if HE be worthy, shall possess the power of Thor.’ Well it’s time to update that inscription,” says Marvel editor Wil Moss. “The new Thor continues Marvel’s proud tradition of strong female characters like Captain Marvel, Storm, Black Widow and more. And this new Thor isn’t a temporary female substitute – she’s now the one and only Thor, and she is worthy!”

You can read the entire announcement here. 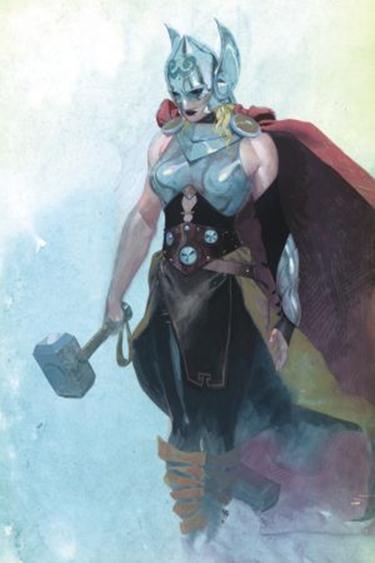 A lover movies, television ,video games and life.
View all posts by Q →
This entry was posted in Comics, Movies and tagged Marvel, Thor. Bookmark the permalink.