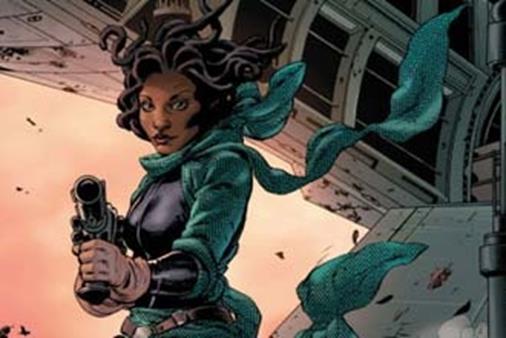 One of the interesting side effects of Disney taking over the Star Wars universe is that basically everything that is put out now is considered “In-cannon”. In the latest issue of Marvel’s Star Wars comic a new character has been introduced… Sana Solo, the wife of Han Solo. Now for those of you who are Star Wars fanatics like myself, let’s take a deep breath. My guess is that this woman was married to Solo pre A New Hope and that she will have been killed by the time A New Hope begins. This could be a good thing though; it may show why Han Solo is so standoffish and so unwilling to befriend anyone or get close to anyone outside of Chewie when we first meet him in A New Hope. I guess we will have to read the issue to find out. Star Wars issue #5 is on newsstands now.

A lover movies, television ,video games and life.
View all posts by Q →
This entry was posted in Movies and tagged Episode VII, Star Wars. Bookmark the permalink.